Warsaw’s Praga district has been a no-go zone for tourists and locals alike for a very long time. War damaged, decrepit buildings, poverty and its connection to mafia throughout the 90s have made the area a rather unsavoury place to spend time.

But today, as we see with many former industrial sites in Europe, Praga has experienced an astounding revival, attracting young creatives with hip restaurants, converted warehouse spaces and new cultural attractions.

With most of the city destroyed in the Second World War, Praga affords a glimpse into the authentic pre-war Warsaw, as many of the original buildings in this area survived.

Below is a list of places to guide you through both the historical and trendy hotspots of the Praga district. Looking for more Warsaw travel inspiration? Check out our list of the Best Unusual Things To Do in Warsaw and the Top 9 Classic Tourist Attractions to Visit.

Saint Mary Magdalene is an orthodox cathedral that was built for the growing Russian community in Praga during Poland’s Russian occupation. Its green, onion domes and yellow walls are hard to miss. Topped with golden orthodox crosses, the cathedral carries a lot of elements characteristic to byzanthine architecture.

It was to serve as a long lasting symbol and reminder of Russian rule. In the 1920s most Russian churches were ordered to be demolished as a way of Poland reclaiming independence, however Saint Mary Magdalene survived as one of two remaining orthodox churches in the city. It has also survived World War II with very little damage. And this brings us to our next landmark.

The two tall and narrow steeples of St Florians Cathedral (also known as Cathedral of St. Michael the Archangel and St. Florian the Martyr) dominate Praga’s skyline. This is intensional, as the cathedral was created to overshadow the nearby orthodox Cathedral of Saint Mary Magdalene – a symbol of the Russian occupation.

It is a rare example of Gothic Revival architecture in Poland and its slender shape bears a resemblance to the grand Notre Dame Cathedral in Paris, which is why locals sometimes call it the Notre Dame of Praga. The building was destroyed by Germans during WWII, rebuilt and reopened in 1972. To produce the striking red bricks, a dedicated factory was built, which used 19th century techniques to preserve the authenticity of the reconstruction.

At the time of the Warsaw Uprising in 1944-1945 85% of the city was razed to the ground by Germans and subsequently rebuilt with an enormous effort by Polish citizens. Yet the signs of WWII have not been completely erased. While walking around Praga you can still find many buildings scarred by bullet holes, serving as a reminder of Warsaw’s painful past.

Alongside the bullet holes there are plenty of buildings still damaged from the war and untouched since. If you’re interested in the state of post-war Warsaw, head to the Warsaw Rising Museum to see an amazing aerial digital video reconstruction of the city – highly recommended.

At number 22 on 11 Listopada Street you will find a small courtyard surrounded by decrepit factory buildings adorned with street art and colourful murals. Outside, benches and tables from reclaimed materials are scattered around in an unruly fashion. London’s Hackney hipster central and Budapest’s ruin bars spring to mind.

This location is host to a bohemian art community and bustling nightlife. The tree nightclubs here – Hydrozagadka, Skład Butelek and Chmury are considered to be some of the best and attract partygoers from all over the city. There is also the Academia Teatr, which combines movement, dance and visual narration in its performances.

Once housing the Koneser Vodka Factory, which produced polish vodka throughout the 20th century, the formerly derelict Praga Koneser Center is emblematic of Praga’s recent development and regeneration. The traditional brick factory buildings have been updated with contemporary architecture elements, creating a cosy environment for hipsters, foodies and visitors seeking something unique.

The centre is home to the fascinating Polish Vodka Museum, where you can knock back shots to your heart’s content (immersing yourself in Polish traditions – check). Notably the Google Campus is located here, as well as a myriad of interesting bars, restaurants and residential living space.

Mala Street is famously known as the filming location for the Warsaw Ghetto in Roman Polanski’s Oscar winning film The Pianist. The main attraction here are the surviving, run-down tenement houses with ornate, wrought-iron balconies serving as reminders of that 1920s splendour.

You can also find bits and pieces of interesting street art and murals.

The Rozycki Market is certainly not the most attractive place to visit, but it does afford a glimpse into the Polish folklore and how Polish markets looked like in the 80s and 90s before the en masse emergence of large shopping centres. Dating back to the late 19th century it is Warsaw’s oldest market. With the influx of young people and regeneration projects ‘Rozyc’ will undoubtedly be seeing a transformation in the coming years.

Back in the day the market’s claim to fame was its dark underbelly, with bootleg goods and fake documents on the menu. This place is also a destination for pyzy – traditional Polish potato dumplings, which you can still get today. Sometimes filled with meat, white cheese or mushrooms, other times topped with bacon, lard or fried onions, these delicious treats are certainly a reason to swing by.

One of the best ways to take in Praga is to simply walk around and visit the old tenement blocks, which to a large extent remain unchanged since the post-war period. The once glorious art nouveau buildings now stand run-down and dilapidated. Don’t be afraid to walk into the courtyards, though small alleys and passageways, where you might encounter local residents peering out of their balconies, still enjoying that slow pace of life.

Dotted around the area, you will encounter small shrines, featuring Jesus and Virgin Mary. There are about a 100 of these still. They were created during World War II as places for prayer, while the churches were bombed during Nazi occupation.

Soho Factory is where the grittiness of post-industrial architecture meets trendy, hipster restaurants and design shops. After the creation of (now closed) Fabryka Trzciny Art Centre in the early 00s, inside a former marmalade and sausages factory, places like Soho Factory and Praga Koneser Center soon followed, setting off a rapid regeneration of the Praga district.

The former ammunitions and motorcycle factory is now a vibrant artist quarter and home to the Neon Muzuem – a tourist magnet, which features retro neon signs from communist-era Poland. You can also find some great food – Polish star chef Mateusz Gessler opened his restaurant Warszawa Wschodnia here, converted from an old train station. A 3-course lunch offer for 25 zl is a real steal and the restaurant is open 24 hrs!

Have you been to any of these places? Let us know in the comments below! 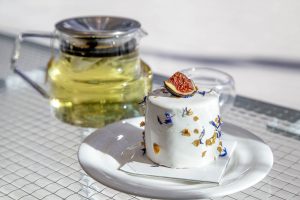 Where To Eat in Warsaw – 8 Delicious Food Destinations 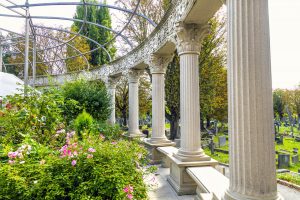 Picnic Like the Victorians at London’s Magnificent Seven Cemeteries 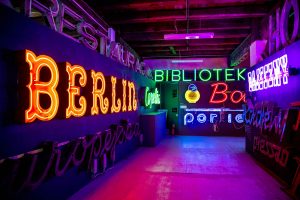 Best Unusual Things To Do In Warsaw 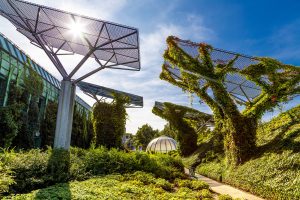 Top 9 Things To See in Warsaw for First Time Visitors