Picnic Like the Victorians at London’s Magnificent Seven Cemeteries

Creepy, grotesque and unsettling. This may be your picture of cemeteries after watching those countless horror films. Cinema has a way of creating powerful stories, however, London cemeteries are in actuality peaceful oases and nature reserves, providing a much needed break from hectic city life. Some will even provide a good laugh, with humorous headstone lines having a dig at the inevitability of death.

In the Victorian era London’s population was growing rapidly and the overcrowded graveyards presented a risk of water contamination and epidemic. There was a pressing need to create new burial grounds. Enter the Magnificent Seven – a set of then-suburban cemeteries created to deal with the problem.

With London covered in thick industrial smog and the nation in permanent mourning after the death of Queen Victoria’s beloved husband – Prince Albert, no wonder that these cemeteries have become idyllic places to celebrate deceased loved ones. And have a picnic or two in their honour.

These seven cemeteries are famous for their beauty, ivy-covered headstones and ornate monuments, affording an invaluable insight into what Victoria life was like. Overgrown and wild, some have even become home to a variety of wildlife.

A cemetery might not be the obvious choice for sightseeing in London, but you will not regret it!

Nunhead is perhaps the least visited out of the seven, yet it still has much to offer to those seeking tranquility and great views of St. Paul’s Cathedral. Right from the start we are faced with the hauntingly beautiful ruins of the Anglican Chapel designed by Thomas Little.

You won’t find many famous individuals buried here, however, being a designated nature reserve you might just be able to spot some songbirds, woodpeckers or tawny owls.

Inspired by Père Lachaise Cemetery in Paris, this vast and remarkable cemetery has everything including sphixes, Greek style mausoleums and opulent gothic chest tombs with gargoyles. With the backdrop of Kensal Green gasholders, three chapels and catacombs, visiting this place is a unique experience.

The cemetery is home to famous Victorian civil engineer Isambard Kingdom Brunel responsible for the Thames Tunnel and Bristol’s Clifton Suspension Bridge. However, one of the largest and most prominent memorials here is fairly new, dedicated to Medi Oliver Mehra – a boy who died in a freak horse accident in 2014.

In the middle of an East End urban residential area is the Tower Hamlets Cemetery Park. Mostly wild and overgrown, the neglected state adds to its charm and uniqueness. It’s also a local nature reserve dedicated to preserving biodiversity. Graves are scattered all over among the meadows and woodland making it a great place for exploration.

During the Second World War the cemetery was bombed five times and evidence of that can still be seen on graves in the north-west corner. Fun fact – film director Danny Boyle previously used the site to host his atmospheric film and arts Shuffle Festival, because who wouldn’t want to spend their evening at an outdoor cinema among gravestones.

Brompton is the more majestic one out of the seven siblings. Although the domed sandstone chapel is rather modest, two long colonnades in the style of Rome’s St. Peter’s Square on either side add to the grandeur of this cemetery.

The alleys are lined with beautiful funerary monuments and large family mausoleums. Among them are notable characters such as Dr. John Snow who discovered the cause of the cholera outbreak in Soho in 1854 as well as Emmeline Pankhurst, the famous suffragette movement leader. On Sundays you will be able to catch a guided tour and find out more about the cemetery’s history.

West Norwood is a mixture of a historic Victorian style monumental cemetery and a more modern, minimalist lawn cemetery. Cremations still happen here at the on-site crematorium, however it is currently closed to traditional burials.

One of the most amazing sights you will find is the Greek necropolis nestled inside like a cemetery within a cemetery. Densely packed, beautiful mausoleums and the neoclassical St Stephen’s Chapel modelled on a Greek temple will most certainly give you a taste of the ancient times.

Ever heard of the Tate museums? Sir Henry Tate, who was a sugar merchant and the founder of Tate galleries is one of the more notable historical figures buried here.

Highgate is the most famous of the Magnificent Seven and for good reason. Many notable personalities are buried here including Karl Marx, Herbert Spencer and the controversial punk impresario Malcolm McLaren.

In the 60s and 70s supernatural events were reported around the cemetery site including sightings of the mysterious figure dubbed the ‘Highgate Vampire’ who allegedly left behind dead bodies of animals.

The cemetery has two sides West and East. Admission to the West section is by pre-booked tour only and it holds some of the most beautiful gems – the Egyptian Avenue adorned with obelisks reflects the Victorian fascination with Ancient Egypt. Followed by the Circle of Lebanon – a row of sunken tombs arranged in a circle around a 200 year-old cedar tree (which sadly died and was removed in 2019).

The East part is accessible to anyone with a ticket and there you can roam freely (if you’re going on a tour of the West side, access to the East cemetery will already be included in your ticket).

Located in trendy Stoke Newington, Abney Park was a pioneering venture in many ways. It was the first burial ground combined with an arboretum. Nurturing about 2500 tree species all labelled up it served an educational purpose, as well as a cemetery garden.

Here you will find many Egyptian Revival features such as cavetto cornices and obelisks, so beloved by the Victorians. The most prominent example of this is the entrance gateway designed by William Hosking. A piece of pop trivia – a large portion of Amy Winehouse’s ‘Back to Black’ music video was filmed at the cemetery. If you like spooky experiences you might be able to catch an after-dark halloween talk or concert.

Which one is your favourite cemetery? Share with us in the comments below! 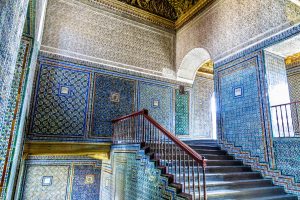 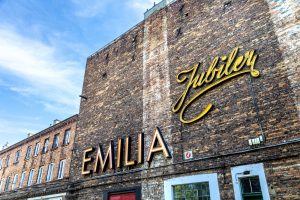